Trying to impliment the diamond square algorthm in ruby but it&#39;s not comming out quite right

I've been trying to create the diamond square algorithm in ruby and whilst it works (that is to say it doesn't error) it doesn't output as expected, so far here's the output at various states:

This is the output of when I first got it working, as you can see it's in straight lines and there's no colourisation difference 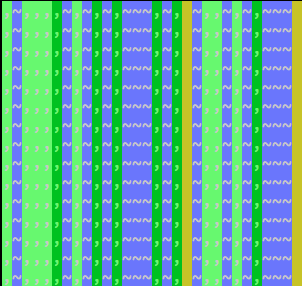 I realised what I was doing wrong and fixed the colourisation problem by flipping the case select, I should have been checking for the highest hight first and then go downwards, because I was looking for the lowest first, it would hit that and stop, hence everything was ether water or sand. 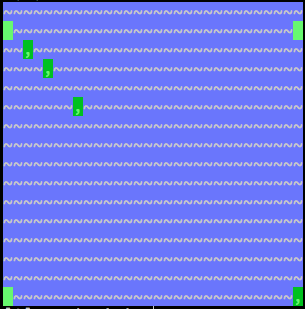 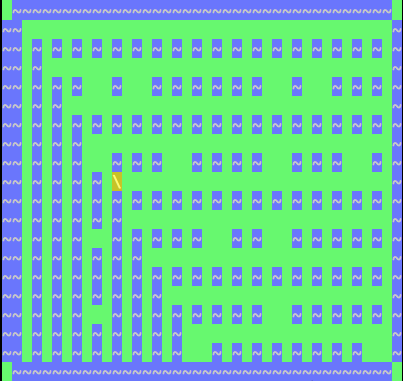 As you can see from the last pic, it was generating something but it wasn't a proper land mass, so I've re-attempted that algorithm in a different way and well, it now generates this. 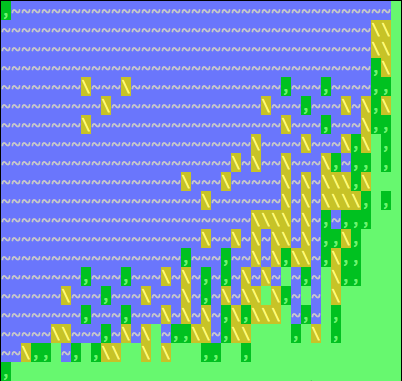 I re-wrote the algorithm yet again and as you can see it looks vaguely like land but it's still not quite right. You can see it seems to travel in a diagonal (top left to bottom right) increasing the amount of height as it goes.

My Github repo for this can be found here, to run it is simple, clone, bundle install and then just ruby test.rb and it should display something similar to below.

The code for the algorithm lives in /app/generators/diamond_square.rb. The method that handles base execution is #main, the main loop is actually a call to #step which then recursively calls itself and the methods #diamond_step and #square_step handle each step.

So, where am I going wrong, why is my implementation not printing out a reasonable looking landmass?